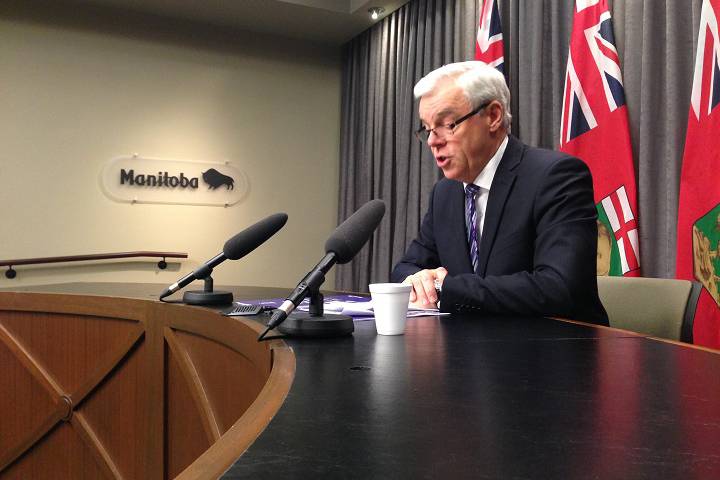 WINNIPEG – Manitoba Energy Justice Coalition (MEJC) has expressed concern with the Manitoba Government’s throne speech and priorities going into the next election. The speech was devoid of clear climate policy or positions on key oil pipelines, such as TransCanada’s Energy East proposal.

The throne speech, while promising the necessary expenditures on key infrastructure and committing to protect Manitoba Hydro from privatization, highlighted how the Selinger government has yet to truly take climate change seriously as the foundation of its economic and social policies.

“The lack of clear positions on the Energy East pipeline or a firm target for greenhouse gas emissions reductions is a key failing of the throne speech,” said Alex Paterson, spokesperson for MEJC. “While we celebrate Premier Selinger’s decision to sign on to the Blue Dot campaign for environmental rights, we are concerned this policy will have no bearing on key issues such as the Energy East pipeline, which threatens Winnipeg drinking water and the Shoal Lake watershed; or the displacement of Indigenous communities due to flooding, both from climate change and hydro development.”

At the March 2015 leadership convention, Premier Selinger’s party gave him a mandate to demand the National Energy Board’s review of Energy East include the full climate impacts of the tar sands; but his latest throne speech does not reflect this mandate.

“The provincial NDP membership asked Premier Selinger to demand a full climate review of the Energy East pipeline when he was chosen as leader, and he has yet to deliver,” said Mary Robinson, Council of Canadians-Winnipeg Chapter organizer with MEJC.

The Energy East pipeline would run within a spill reach of two surface aquifers and most of the length of the Winnipeg aqueduct, and would pass only a few kilometres from Shoal Lake. This is detailed in MEJC’s technical report. The report was delivered to all Manitoba MLAs last June, but they have yet to adequately respond.

“The risks of the Energy East pipeline need to be reviewed in-depth by all regulatory bodies in Manitoba, especially because of the direct danger it would pose to the drinking water supply of the entire city of Winnipeg and numerous other communities,” said Dennis LeNeveu, researcher with MEJC.  “It is an abandonment of the duty to protect the public if the premier lets this pipeline go near Shoal Lake or the aqueduct.”

Manitoba Hydro stands to benefit from powering TransCanada’s Energy East pipeline and Enbridge’s Line 3 if the pipelines are approved. The utility stands to profit even more if they can convince other provinces to agree to the east-west hydro transmission lines.

“While we were extremely happy that the government is rejecting the phony argument that Manitobans would be better served by privatization of Manitoba Hydro, we are concerned that the province does not have a plan for Manitoba Hydro beyond more dams and powering pipelines,” said Diane Marquis of MEJC. “MEJC believes in cooperatively-run energy systems controlled by citizens democratically, rather than privatization or undemocratic monopolies owned by the state.”

MEJC questions how Manitobans can have confidence in a public utility and provincial government which raises citizens’ rates while increasing its dependency on fossil fuels to fund clean energy.  Manitoba’s energy system needs to be fixed.