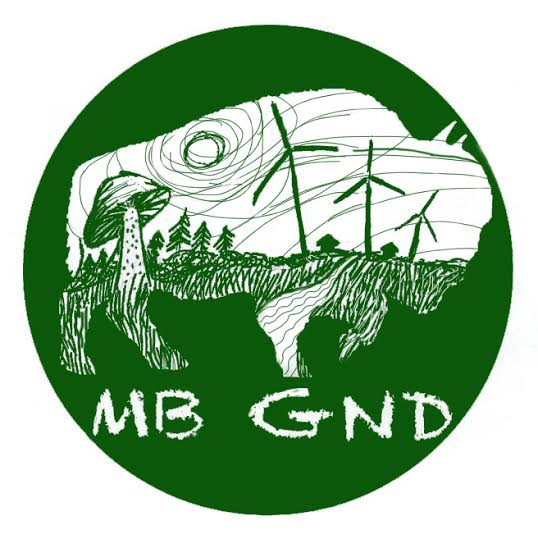 In the face of our current climate crisis, as well as economic and social issues facing our province, our mission is to call on the Manitoba government to reduce emissions and to leave no one behind.

This moment of systemic crisis in our province and across the world calls for systemic change - from all levels of government. We need a broad plan to avoid climate, social, and economic catastrophe, and grow a just, equitable, and prosperous future for everyone.

Indigenous teachings and scientific evidence tell us our window to act is closing fast. We have less than 11 years to cut our emissions in half while protecting our remaining cultural and biological diversity.  Otherwise, we face catastrophic impacts and this crisis moving beyond our control. This will require changes and innovations in all aspects of our province.

This is also a great opportunity to address the climate crisis, reduce emissions, while leaving no one behind. The prospect of what’s possible is exciting.

Aligning with the federal demands made by the Manitoba Youth for Climate Action, we call on the provincial government to meet these seven demands within our province - A Manitoba Green New Deal.

The policy proposals under each demand come from the May 2019 Manitoba Green New Deal Town Hall, and community feedback and discussions. As well, they bring together existing provincial calls to action from across diverse movements, in solidarity with organizations, coalitions, and groups who have been leading this work in Manitoba for years.

This is a living, working document - an initial vision for Manitoba’s just transition for all communities. It is intended to be built upon and shaped through continuous community conversation, feedback, and ideas both during and following the 2019 Provincial Election.

We understand that Indigenous land stewardship has preserved the majority of the earth's biodiversity and to follow Indigenous leadership means respecting Indigenous nationhood and right to self-determination and that recognizing the rights of First Nations, Metis and Inuit people will do more to protect life on earth than any government measures.

The provincial government's Green New Deal should be written through a meaningful co-creation process with citizens, community groups, experts, and marginalized communities who have been underrepresented in government consultation to date.

Is something missing? Or have something great to add? Use this Google Doc to suggest edits, make amendments, or add ideas under each of the 7 theme areas. Or, email questions or comments to [email protected]

2. Separation of Oil and State:

Reject all new fossil fuel infrastructure development while expanding renewable and low carbon energy infrastructure, eliminate fossil fuel subsidies, and Manitoba Hydro must be made more accountable to the public and Indigenous populations.

Transition to renewable energy and sustainable transportation and agriculture infrastructure, while guaranteeing opportunity for fossil fuel workers in the new economy.

Implement enabling legislation and regulation to uphold the Manitoba Environmental Rights Act, and call on the federal government to expand the Canadian Charter of Rights and Freedoms to include the right to a healthy environment.

The Province of Manitoba must fully implement the United Nations Declaration on the Rights of Indigenous Peoples immediately.

Recognize Manitoba and Canada’s disproportionate role on the global stage in the climate crisis and our subsequent responsibility for the protection of the most vulnerable.

This document has been drafted bearing in mind solidarity with numerous coalitions, organizations, and citizens groups working throughout Manitoba who advocate for addressing climate change, environmental rights, and/or leaving no one behind through social, economic, and community development. Many of these groups have been leading in research, advocacy, activism, and movement building for many years, and we are both in solidarity with them and seek to not duplicate important work already undertaken.

The following is a list of organizations whose platforms, positions, and/or policy recommendations were consulted to write these demands: