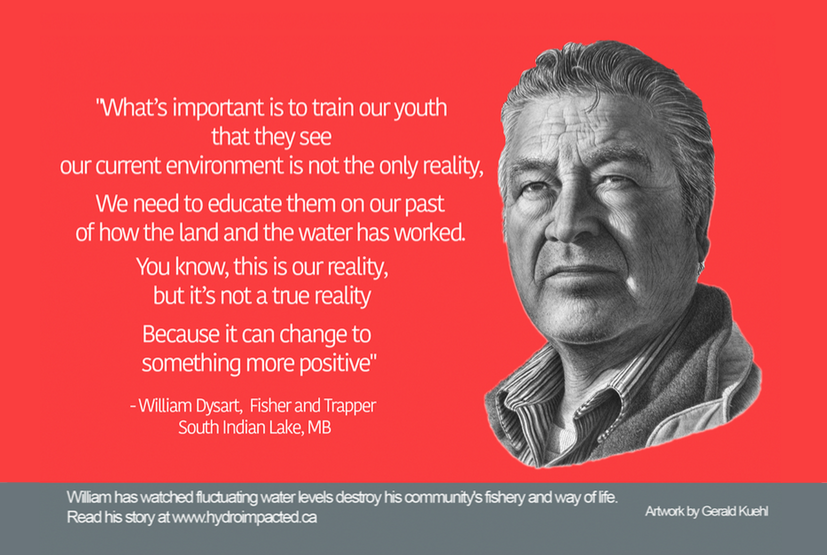 We are excited to spread the word about Wa Ni Ska Tan's postcard campaign, which feature three community members from hydro affected communities. The ongoing campaign has four inquiries on the accountability of Manitoba Hydro.

We need your help sharing information. Please consider sharing Wa Ni Ski Tan's postcards with your community. To have postcards and postage mailed to your community for distribution, please email [email protected]

More about the campaign:

Manitoba Hydro’s dams reliably power every aspect of our daily lives, from lights to phones to life-saving medical equipment. These dams also drastically alter Manitoba’s five largest rivers. These rivers are wounded, as are the Indigenous communities on their shores.

Manitoba Hydro promotes themselves as an environmentally-conscious and responsible corporation. Yet they use divide and conquer techniques when negotiating with communities and continue to deviate from their original licences, which has environmental consequences. The façade they create is far from reality and it can be a challenge to understand for those living in southern Manitoba - especially since most of us have not traveled up North or directly experienced the impacts caused by hydro development.

Indigenous communities impacted by Manitoba Hydro experience unnecessary flooding, the disappearance of rivers, the releasing of mercury into the environment, mass erosion, and destruction of both aquatic and non-aquatic wildlife habitats. Social impacts include a greater dependency on social services like welfare because traditional livelihoods have been lost to environmental destruction. In some cases entire communities have been relocated and ancestral lands and burial sites have washed away because of flooding.

It is Time to Make Manitoba Hydro Accountable

In a spirit of healing, reconciliation, and fair sharing of benefits, we are calling on the Manitoba Government to:

You can learn more about the calls to action on the postcards from the Facts & Stats portion of Wa Ni Ski Tan's Resources page,

How we define clean and green energy is debatable. There is no strict set of standards to define these terms. However, questioning our energy sources is important and hydropower should be no exception to this conversation on how we define clean, green, and renewable energy.

By taking part in this campaign, you will help us 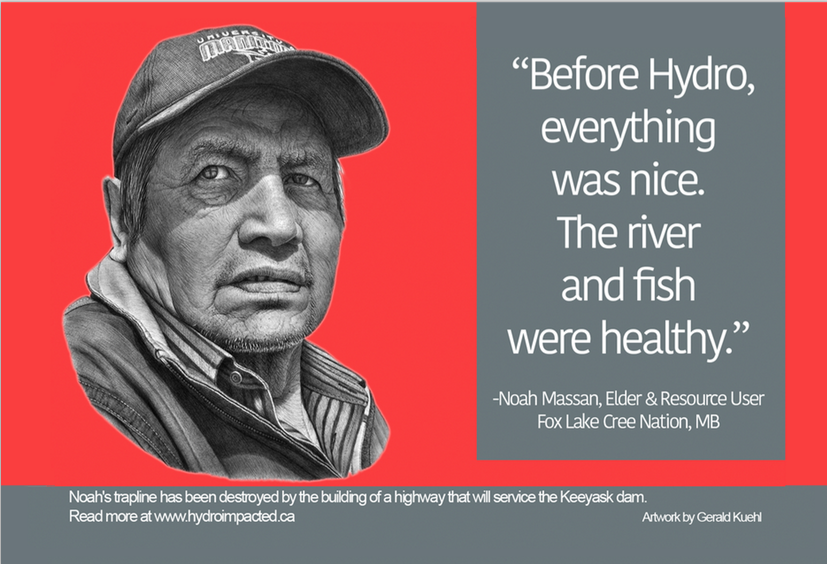 Join Wa Ni Ski Tan when they deliver these postcards in person on December 10th!