YOU CAN DO THIS TOO!  THIS IS HOW:

1- Join the Climate Strikers at Winnipeg's City Hall (510 Main St), at 1:00pm on Friday Dec 7th.  Make protest signs to let Mayor Bowman and all of Winnipeg know what you think and feel about climate change. Dress for the weather!

Youth are meeting in the foyer at Centennial Concert Hall (555 Main Street) at 12:20 to plan for the next climate strike and march over to City Hall together.

2- Start your own Climate Strike near city hall or a government building if you are not in Winnipeg.  March to your own politician’s office! Register your Strike to let everyone know that you’re a part of this important movement and to encourage other kids to speak up and let their voices be heard.

3- If you’re not allowed to miss school for the Climate Strike, support Climate Strikers on social media, and contribute to the conversation with your thoughts, feelings, and experiences. Use #mbyouthforchange #FridaysForFuture #climatechangers #greenies #ClimateStrike #1point5C hashtags!  Every young voice is important whether you can be at an event or not.

The four recommendations for the youth climate strikes are:

- Youth should be the spokespersons, with adults as helpers and supporters. help.

- The main message is, “Adults are jeopardizing our future”.

- Please treat all politicians with respect .

- Strike near city hall, a government building, or a politician’s office.

January 11th at the Manitoba Legislature 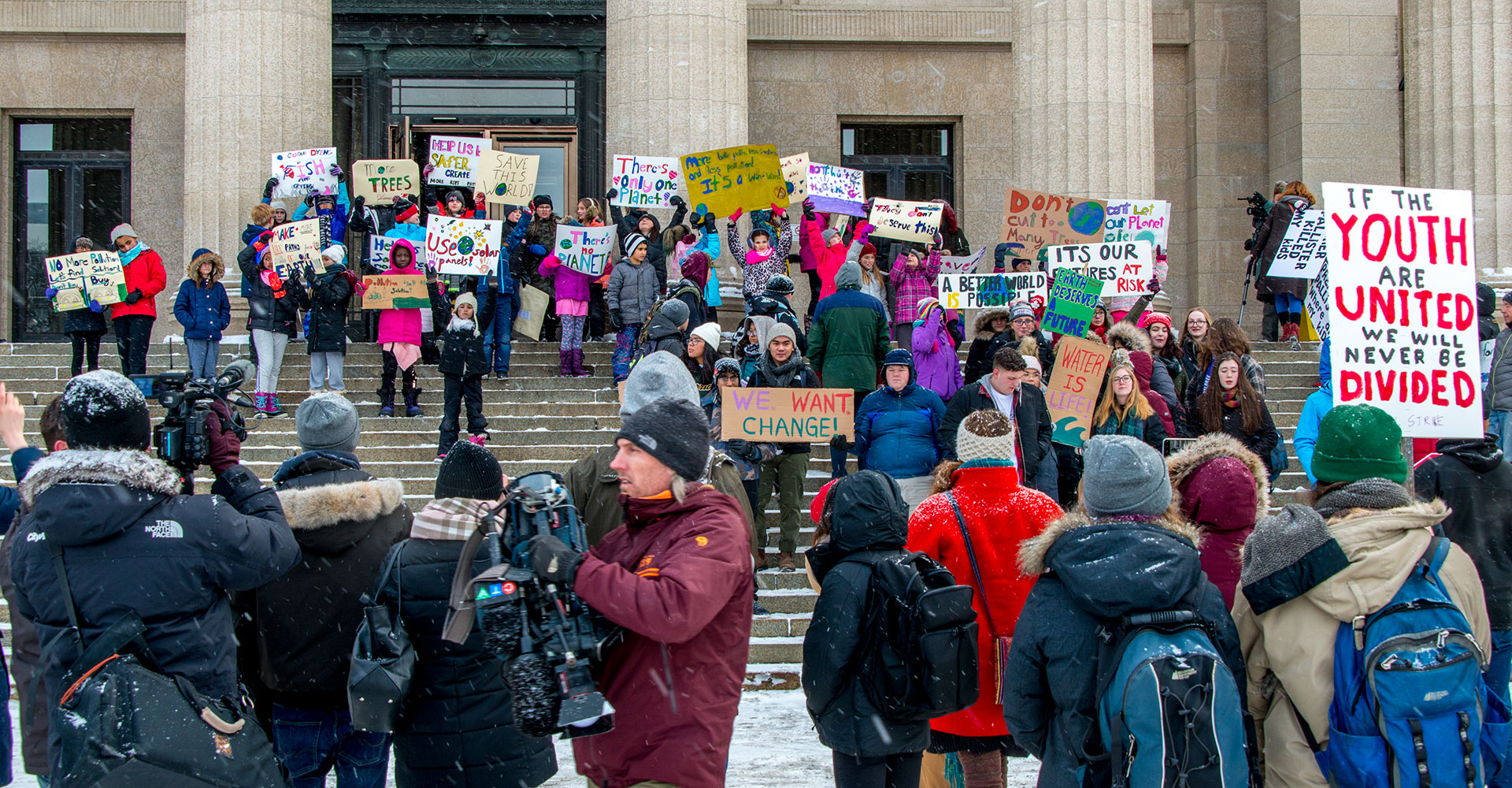 In Sweden 16-yr old Greta Thunberg, frustrated by inadequate action on climate change, stopped going to school and began sitting outside of Swedish parliament in protest.

Greta herself is an invitee to the COP24 climate negotiations in Poland right now, where she gave a speech to the UN Secretary General and the assembled world leaders (watch the video of Greta’s powerful speech at the end of this e-mail).  The Climate Strike has shifted to an every-Friday protest to enable more kids to participate, under the hashtag #FridaysForFuture.

We at Manitoba Energy Justice Coalition would like to emphasize to all adults that the Climate Strike is a youth-led movement.  Winnipeg kids have initiated and planned this event, and MEJC’s sole purpose is to offer assistance where they request it, which at this moment is to use our platform to advertise the event.  Please share the invitation to their Climate Strike widely to help make it a success.

What can adults do?

The youth have indicated that they feel very alone and without broad adult support.   Let’s support our youth and help spread the word!

The wisdom of youth: On climate change, adults should listen to young voices: Young activists around the world, including in Manitoba, are fighting for the planet's future