The past two years have been incredibly challenging for the planet, and we are so grateful for this community of the Manitoba Energy Justice Coalition (MEJC). It’s amazing to look back over all of the organizing we have done during the pandemic—and to realize we’ve done all of it with volunteer labour and a shoestring budget based on donations and financial contributions from individuals, like you!

This blog post includes updates on some of the activities that MEJC campaigns have been organizing since 2020. If you are interested to get involved, consider signing up to participate in our next volunteer orientation, on April 28th, at 7pm CST. 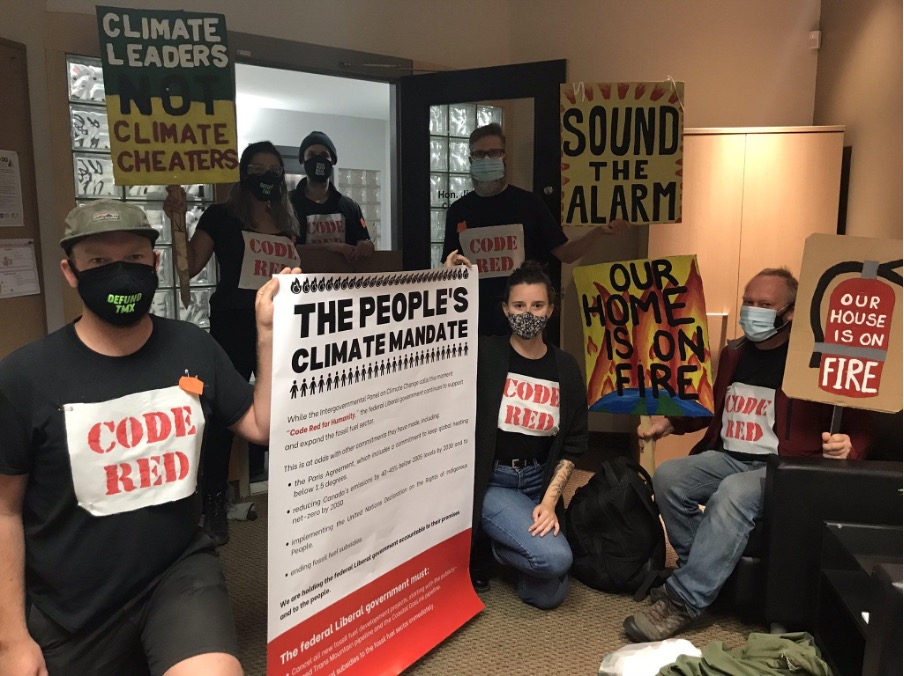 The MEJC Solidarity with Indigenous Resistance to Fossil Fuels campaign, or as we often call it the “no pipelines” campaign, has been hard at work over the past few years. We are a dynamic campaign that aims to respond to calls to action coming from Indigenous and frontline groups, by coordinating solidarity actions on Treaty 1 and amplifying frontline voices. Our main areas of focus recently have been solidarity with Wet’suwet’en resistance to the Coastal Gaslink Pipeline (CGL) and supporting the community-led resistance to proposed Canadian Premium Sands frac sand mining in Hollow Water, MB.

Some of the highlights over the past two years have included: 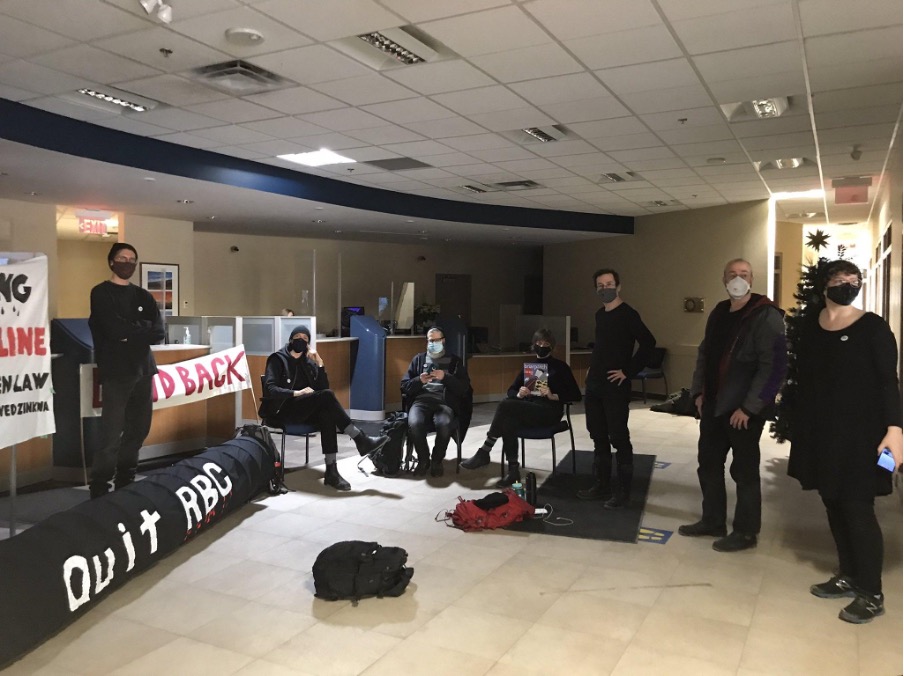 The Responsible Hydro campaign recognizes that Manitoba Hydro being a crown corporation means that it is publicly owned—but we the public often are fed lines that we don't understand or that are riddled with pro-Hydro vocabulary.

Hydro is promoted as a green alternative energy source, but in reality it is not all that green. Damage to the environment and the people of communities impacted by the utility's operations is too often brushed over, ignored, or denied. The Responsible Hydro campaign is working to publicize what the true costs are of large-scale hydro production.

Our campaign has been working in cooperation and with support from Wa Ni Ska Tan (an alliance of hydro-impacted communities) to bring to public attention Manitoba Hydro’s actions and impacts on northern communities. In the past we have worked with Wa Ni Ska Tan in promoting World Water Day. In the recent past, our groups have united in setting up and supporting an alternative accountability board for Manitoba Hydro.

What is the purpose of the hydro accountability board?

Why is it important?

Who is on the board, and why is it important that they're the ones there?

Responses to “but hydro is clean energy”

The Responsible Hydro campaign has also been working to publicize the plight of the northern sturgeon population, which is being driven to extinction by Hydro operations, and how this impacts traditional Indigneous communities. MEJC has hosted a webinar and is working with other organizations such as the Interchurch Council on Hydropower to publicize this issue.

Another area of concern is the provincial government’s ongoing attempts to remove Manitoba Hydro from review by the Public Utilities Board. This could greatly affect the transparency of the utility’s operation. Our group has been working with other community organizations to oppose this legislation time and again. 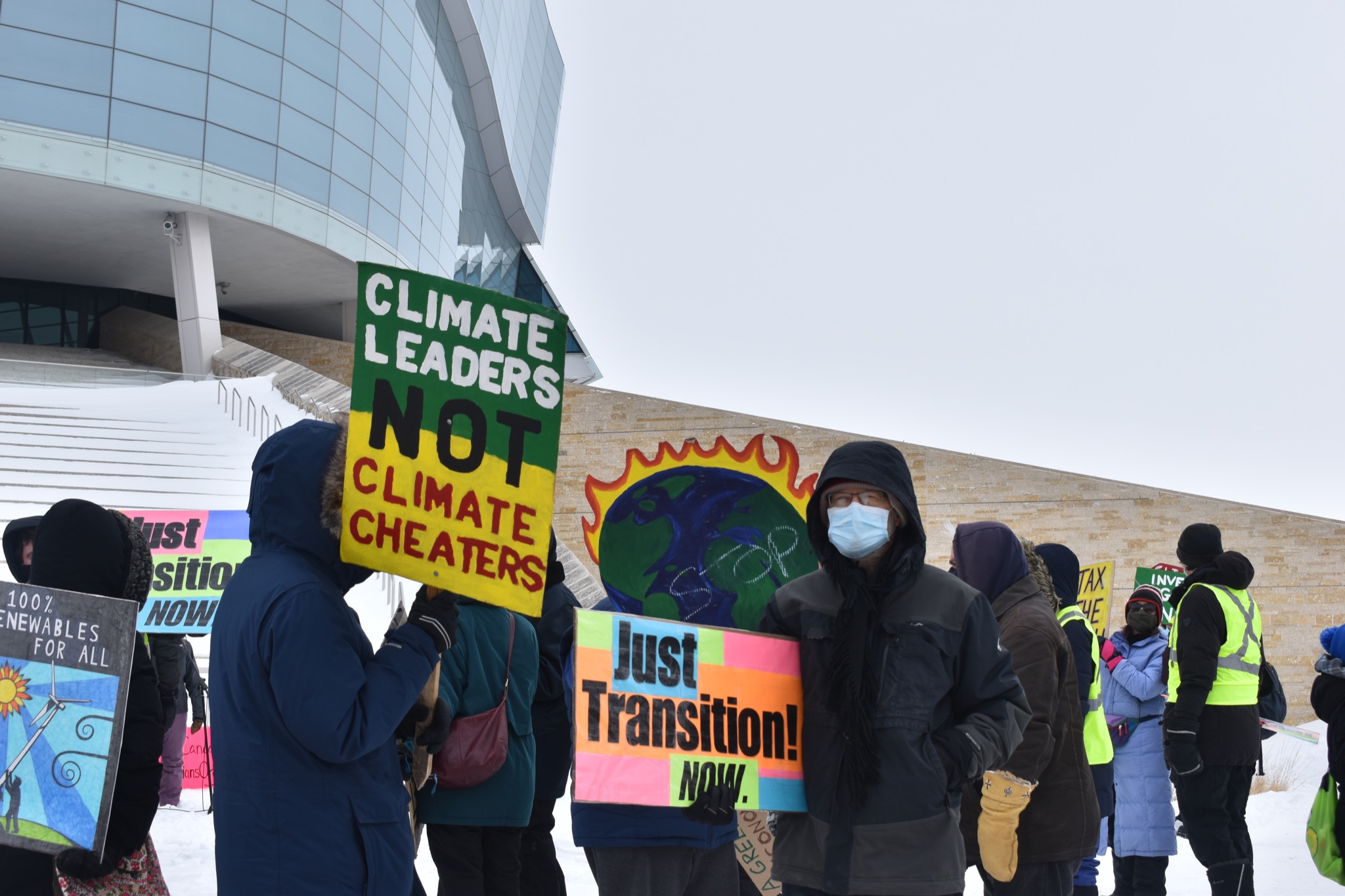 Manitoba Energy Justice Coalition’s Green New Deal campaign focuses on envisioning, planning, and calling for a pan-Canadian just-transition strategy that leaves no one behind. Our priorities include: 70% emissions reductions by 2030; centering Black, Indigenous, People of Colour; Indigenous sovereignty; social justice, and international solidarity and migrant justice. Our activities in the past year include: