|  SIGN IN
A Just Transition—an all-around good idea
by 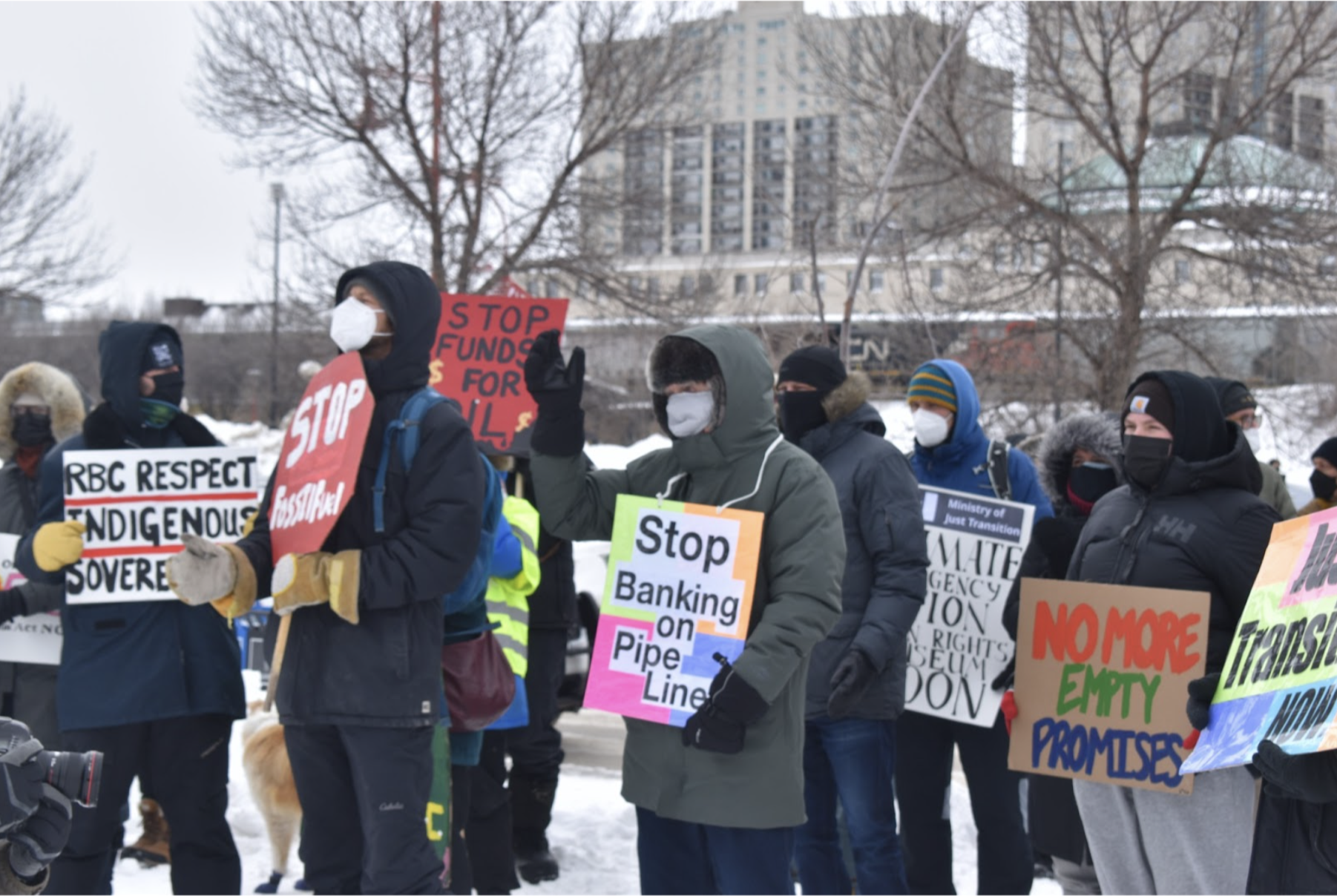 On February 28th, the leading climate scientists of the world (270 of them from 67 countries) told us (again) that if we don’t rapidly transition away from fossil fuels now, our future is unfathomably difficult—it is hungry, it is sick, it is war-torn, it is expensive. We truly are running out of time.

Yet, from coast to coast, the oil and gas industry and lobbyists at various levels of government across Canada are amplifying their push for increased fossil fuel production. The reasons they state are not invalid on the surface. Yes, fuel costs are high; Yes, we’re scared about the situation with Russia; Yes, people need jobs—but we cannot continue to go down this path. Fossil fuels have led us into this mess, and fossil fuels will not get us out. It’s a simple equation: more oil and gas = more emissions = more climate change = more devastating impacts across the globe (including threats to cost of living, national security, and local economies, among many others).

It isn’t about individual projects or provinces—humanity is at an existential fork in the road, and every decision we make matters. Every kilogram of greenhouse gas emissions released anywhere in the world increases the frequency and severity of fire, drought, flooding, and extreme heat right here in Manitoba. If we don’t collectively cut ties with fossil fuels now, we may not be able to adapt to the magnitude of disruption that will come.

Luckily, there is an alternative to continued fossil fuel dependence. This alternative has been termed a Just Transition—massive and rapid investments in decarbonization that provide energy justice and security for all, create countless green jobs, support previous oil and gas workers, and increase equity across our society.

Sounds good, right? We can do all of these things (there’s a plan for Manitoba, in fact, the Road To Resilience). We just have to decide when.

In 2019, the Government of Canada promised to legislate a Just Transition Act, but, unfortunately, that has not occurred yet. As a consequence, the Council of Canadians launched a parliamentary paper petition campaign last fall to push Members of Parliament to speak about the need for a Just Transition Act in the House of Commons. To date, 10 MPs across the political spectrum have tabled the petition in parliament and over 20 have agreed to do so—including one (so far) in MB.

This sentiment was demonstrated this month as 50 local communities across Canada answered 350.org and the Council of Canadians’ call to organize events for a Day of Action for a Just Transition on March 12, 2022. Two events took place on that very blustery day in Winnipeg: one at Member of Parliament Jim Carr’s office at 10:30 a.m. and another at the Canadian Museum for Human Rights at 12:00 noon. The Green New Deal campaign of the Manitoba Energy Justice Coalition organized the second event, with guest speakers Clayton Thomas-Müller (from 350.org), Durdana Islam (from Manitoba’s Climate Action Team), and Mat Scammell (from MEJC). You can watch a highlights video from the Day of Action here. 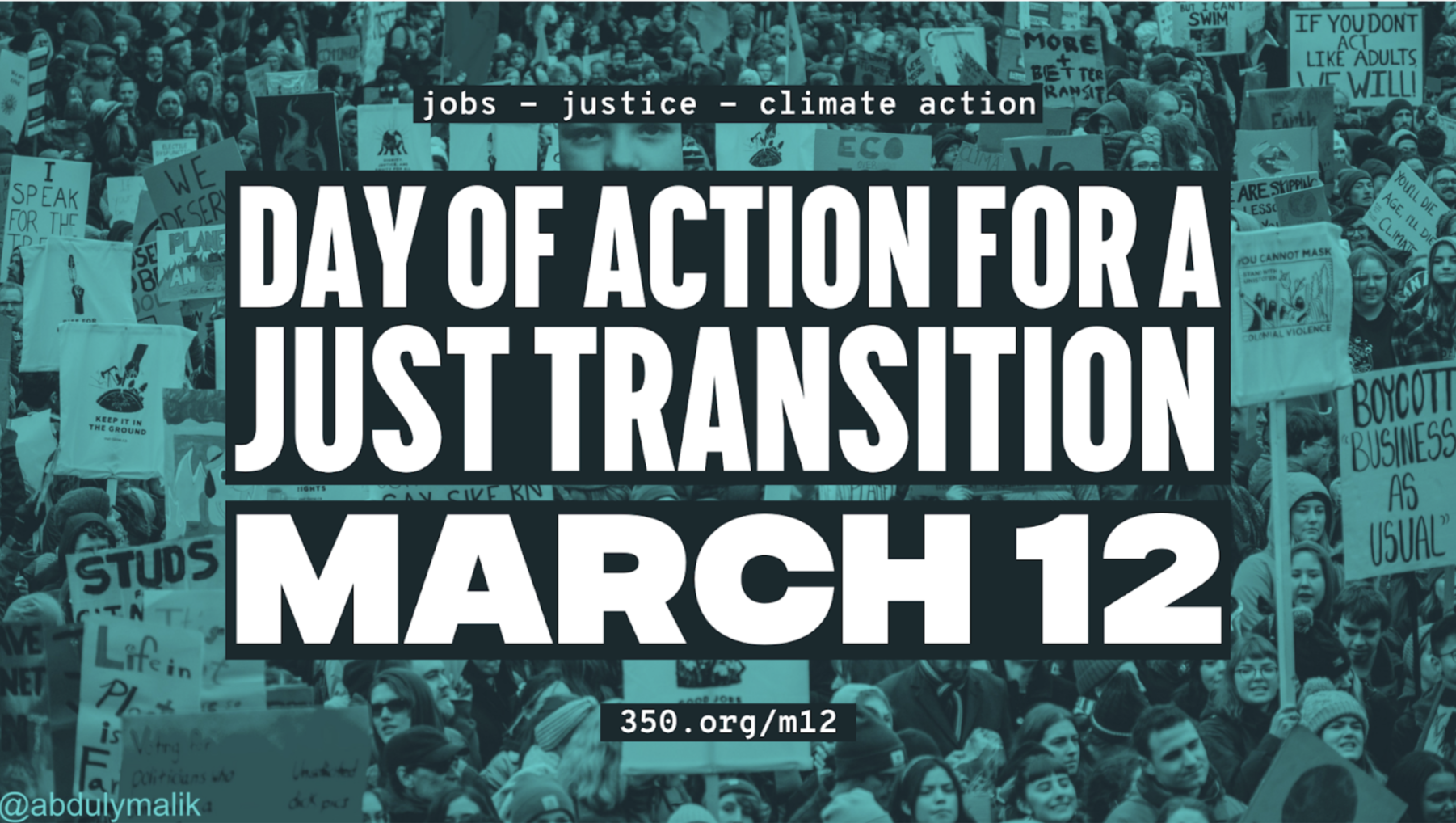 These events aimed to illustrate what a Just Transition would mean for us all by celebrating the mock-opening of Winnipeg offices of a Federal Ministry for a Just Transition. Such a ministry may not exist yet, but together we showed our leaders what we want and painted a picture of the better world (and the better Canada) that is possible. No one left behind.

The Day of Action for a Just Transition may be over, but you can get involved by writing to your MP, collecting signatures for the Council of Canadians’ Flood Parliament campaign, signing the petition by 350.org, learning more about Just Transition, and talking about it with your friends and loved ones.

The destabilization of our climate systems and perpetuation of social injustice is a choice. The time for a Just Transition is now.

By Emma Power and Sylvie Hébert